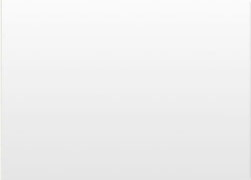 The marking of compulsory-deposit one-way drinks packaging is a central element and basis of the functioning of the DPG-System.
Drinks manufacturers and importers that decide to participation in the DPG-System undertake to mark their compulsory-deposit on-way drinks packaging in keeping with the DPG specifications. This marking requirement consists essentially of two components:

The marking of one-way drinks packaging is accredited a decisive status within the DPG system, for which reason it must only be used in conformity with the specially authorized label printers and producers of beverage cans in certified locations.
Only these are permitted to make use of the DPG ink required for this purpose.

1. Marking as a deposit-requiring one-way drinks

packaging or drinks packagings that bear a DPG marking are thereby sufficiently identified as being "subject to a compulsory deposit in the sense of the Packaging Ordinance".

2. Deposit value of the packaging

The DPG marking on a drinks packaging shows the consumer that this can be returned to a corresponding collection point at which it is subject to refunding of a deposit on one-way drinks packagings.

3. Part of the DPG deposit scheme

Only companies participating in the DPG-System are entitled to make use of the DPG markings on their compulsory-deposit drinks packagings. These markings give both wholesalers and retailers, as well as consumers, the certainty that a deposit refunding and a deposit clearing will be undertaken via the DPG system for drinks packagings bearing these markings.

The DPG marking on labels or drink cans has special security characteristics that are appropriately checked during the automated collection procedure.

All of the article numbers (GTIN) printed on DPG packagings are stored in the system database. Each DPG system participant can access this database and thereby clearly allocate each packaging to a corresponding, responsible deposit account administrator.

6. Identification of Packaging in the Reverse Vending Machines

At the time of return of DPG packagings via the retailers' Reverse Vending Machines or via the hand-in collection procedure and subsequent automatic recording in the large count centre each DPG packaging is checked for its security-relevant markings. Only DPG packagings that are fully recognized will be accorded a deposit settlement within the DPG-System.